This is the first of Pryor’s books featuring Hugo Marston.  Marston, formerly a “profiler” for the FBI, has been working for some years as chief of security, first at the U.S. Embassy in London (recounted in The Button Man, a “prequel” to The Bookseller) and, in this episode, in Paris.  Marston, who has an interest in antiquarian books, buys two books for his ex-wife (a first edition of Agatha Christie’s Death in the Clouds and what turns out to be an inscribed—to Paul Verlaine—first edition of Arthur Rinbaud’a Une Saison En Enfer) from his friend Max, a bouquiniste, a bookseller with a stall alongside the Seine.  While there, he sees another bookseller being harassed, and, when he returns (having found an ATM) with the cash to pay for the books, a stranger named Nica arrives—and he is clearly no friend of Max.  After Nica and Max walk down to the Seine, Marston becomes concerned, goes after then, and Nica draws an icepick and holds it threateningly over Max’s eyes.  Following a brief struggle. Marston is on the ground and Nica has shoved Max into the Seine, where they are picked up by a cruising riverboat.


Marston calls the police, who, when they arrive, are not too impressed with his account.


From this beginning, Marston is pulled into his own investigation of what’s going on, including discoveries about the SPB, the organization that actually owns and leases out the stalls; Claudia, a young, beautiful crime reporter; his old FBI (now semi-retired from the CIS) buddy Tom, Claudia’s husband, a French count, and a copy of Clausewitz’s On War.


The suspense is well-maintained throughout; even after we know essentially what is happening to the bouquiniste, and why, and who is  behind it.  For a first novel, this is more than impressive, it’s a tour de force.  Marston is a well-developed character (and I am hoping Tom and Claudia will be continuing characters), and the setting and situation are better than well done.  I read The Button Man first and enjoyed it.  This is a considerably better story, and it bodes well for the series as a while.
Posted by Don Coffin at 10:48 AM 1 comment:

Another Episode of CopyCat PhotoBlogging 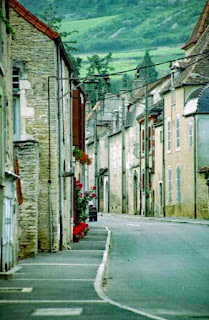 Posted by Don Coffin at 4:10 PM No comments:


Hugo Marston, former FBI agent who specialized in serial killers, has become the chief of security at the US embassy in London.  He gets what is probably an unusual assignment.  Two American film stars (husband and wife), Dayton Harper and Ginny Ferro, have been arrested following the hit-and-run death of a prominent farmer’s son.  They are about to be released from custody, on bail and into the keeping of the American embassy.  The ambassador wants Marston to pick them up and keep them safely out of trouble in his quarters in the embassy compound.


Marston was late to his meeting with the ambassador, because he detoured to look at a 100+ year-old murder scene and, while cutting through an old cemetery, had discovered a body, its head covered by a silk sack, hanging from a tree.  But he reluctantly accepts this new assignment, and goes to pick Harper up.  It turns out that through a clerical error , Ferro was released some hours earlier, and no one knows where she is.  Marston gets Harper back to the embassy compound, where they learn (coincidence? Suicide? Murder, and if so, why?) that the body that Ferro found was that of Ferro.  Harper, understandably, freaks out.
And then (having telephoned earlier) a Member of Parliament shows up—Graham Stopford-Pendrith, who has essentially renounced a title to serve in the Commons.  He was with MI5, and his legislative hobbyhorse is to release aging cons as a money-saving gimmick for the Treasury.  They all chat and then, as a gesture aimed at placating Harper, they pile into the embassy’s Escalade for a drive around London.  Harper escapes and disappears.  And Marston has to find him.


So it becomes a chase.  Marston winds up with the assistance of Merlyvn, a young woman who has jobs at both the hotels at which Harper and Ferro had rooms.  They are followed by a 60-ish free-lance journalist, Harry Walton, who wants the story about Harper and his wife.  It remains a chase basically to the end.  Along the way, more people die or almost die, and Marston becomes convinced that the killer is not Harper, but someone else, acting on what is, through most of the book, an obscure motive.


The Button Man is actually the 4th Marston book (of now 6 in the series), but it is set briefly before the events in the first in the series (The Bookseller, 2012), so I decided to start with it.  Pryor does a very good job with the setting (although I think he overemphasizes the extent of the rain in England, if my tourist experience is worth anything).  I had fairly high expectations for the book, based on reviews I have read of the rest of the series, and, which it was good, it was not as good as I had hoped.  Marston felt sort of incomplete as a character (and I’m not quite sure what I mean by that) and the reliance on a serial killer with a distinctive motivation (I’ll give hm credit for that) was a drawback—I’m not a big fan of serial killer books.  Still, I look forward to reading The Bookseller, and, I hope, the rest of the series.
Posted by Don Coffin at 7:43 PM No comments:

Marcia Muller, The Cavalier In White


So when I discovered that Marcia Muller had written a three-book series, set in and around San Francisco [The Cavalier In White (1866); There Hangs the Knife (1988); and Dark Star (1989)], well, I had to acquire them I’ve just finished the first book in the series, and thought that it was a decent, but not great, book.  The set-up is good.  Joanna Stark, who walked away from a museum security firm three years earlier when her husband dies, is at loose ends in Sonoma, when her former partner (Nick Alexander) shows up, to persuade her to come back to assist in the recovery of a painting by Frans Hals (The Cavalier In White, an invented painting; if you want to get some idea what Hals’ work is like, here’s where to look).  She is reluctant, but agrees.  Working with Nick is Steve Rafferty, representing the insurance company, which would rather not have to shell out for the missing painting.  Rafferty & Stark very quickly seem have a mutual attraction.


She quickly, but with little reason, comes to think that the theft might have been engineered by an old nemesis of hers, Antony Parducci (formerly an art thief, more recently an arranger of art thefts).  And someone, it turns out, has been asking art dealers in SF if they know of an art dealer with an adopted son n his 20s.  There is one, who has loaned furniture to the museum, some of which is in the same room n which the Hals had been hung.


The SF setting is well done, and, as the museum involved (the De Young) is a real museum, that part of the setting is really interesting (especially if you have been there).  The investigation does not lead anywhere very quickly (except to an obviously missing security guard), and (for my taste) Stark’s personal issues take up a little too much of the book.  Although they mostly turn out to be relevant.  Again, to my taste, the ending is a bit pat, both in terms of whose actions initiated the theft and in how the mystery is resolved.  The ending does clearly set us up for a sequel (or more).  I was not bowled over, but I’m more than willing to see where Muller takes us next.
Posted by Don Coffin at 5:39 PM No comments:

The ressurection of copycat photoblogging

Posted by Don Coffin at 3:42 PM No comments:

A side effect is that I have nothing to post here

One of the reasons all the crap that I keep seeing and hearing online pisses me off is that it has made me too upset to read any of the mysteries, histories, and other books that are on the table next to my chair in the TBR mountain.
Posted by Don Coffin at 9:40 PM 1 comment: